Heinz Rox-Schulz, under Globetrotters well known as ROX.
20 years ago the magazin Spiegel call him "King of the Globetrotters".

Prior to the war, Rox engaged in sailing regattas, learned the trade of lace work, belonged to the life savers in swimming, he achieved the East Prussian junior title in featherweight, and in 1938 he participated in the junior championship for apparatus gymnastics, then at the peak, he was nominated for the 1940 Olympic Team.

1953 goes a picture from him around the world:

ROX made an onehanded handstand with two bottles at a corner of an skyscraper in Singapore.

ROX write his first book in 1956: Without money around the World. In 1957 he write his second: Heaven and Hell India. In 1971 he make his third one: Crazy Gringo. His last book was bublished in 1981 with the following new name: The call of the Condor.

ROX opening in the 70´s an Globetrotter-Museum in the old townhall from Saarbrücken / Germany.

This "Adventure-Museum" is full of things he collected during his travel. Especially many rthnografical thing he show there. It´s worth to visit it. 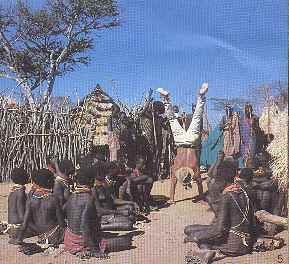